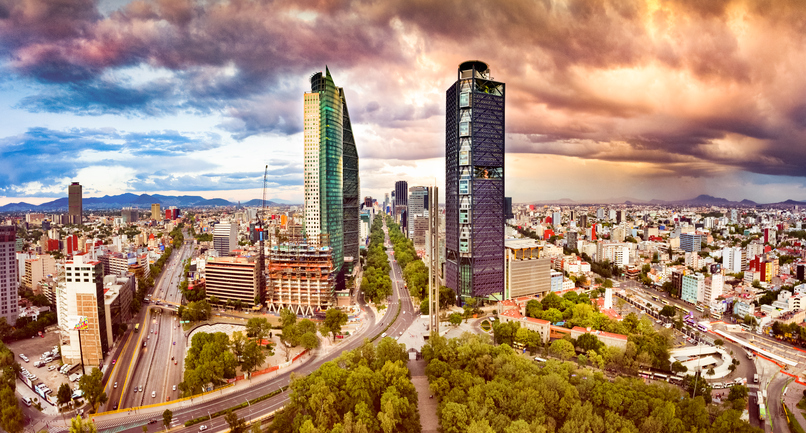 Despite popular belief, Mexico doesn’t consider this day a federal holiday. In fact, it’s more celebrated here in the U.S. than it is in Mexico. Inside Veracruz and Puebla, however, it’s considered a state holiday and is celebrated with lively festivals, parades and even reenactments.

Veracruz and Puebla throw big Cinco de Mayo parties, but L.A. is the home of the biggest celebration in the entire world. Other large cities that host epic parties on this date every year include Houston, New York, Denver and Phoenix. Want to help your friends or relatives in Puebla or Veracruz throw parties to rival the ones we throw in the United States? You can start by sending a Ria Money Transfer to whoever is responsible for planning a local Cinco de Mayo fiesta.

Ask the average Joe what Cinco de Mayo is all about, and you’ll probably get the reply that it’s in remembrance of independence for Mexico. While this is a widespread rumor, it’s simply not true. The holiday actually honors Mexico’s victory over the French during the 1862 Franco-Mexican war in Puebla. The French impressively outnumbered the Mexican militia, but Mexico still emerged victorious. Cinco de Mayo is celebrated in memory of that inspirational and unlikely victory.

Mexico is known for its pervasive love of tequila, but on Cinco de Mayo, the United States drinks far more tequila than Mexico—twice as much, in fact. It just goes to show that Americans really love to mix parties and booze!

Americans love their avocados, especially on Cinco de Mayo. On this lively holiday, Americans eat up to 81 million pounds of avocados, according to the California Avocado Commission. That’s an impressive amount of guacamole!

Mexico deserves a celebration for their astounding victory at Puebla, but they didn’t win the French war. The French actually came out victors and occupied the area for five years.

During the time the French occupied Mexico, Abraham Lincoln wanted to help America’s southern neighbor. However, as a result of the Civil War that was raging in the United States, he couldn’t support war-torn Mexico. Once the end to the Civil War came, the U.S. intervened in Mexico and played a part in the withdrawal of French troops. Better late than never, right?

If you have family or friends in Mexico, there’s no better way to help them remember their rich culture and incredible victory over the French at Puebla than by participating in their Cinco de Mayo celebration. Even if you can’t be there in person, you can help make the occasion memorable by sending a cash donation to those making the party plans. You can easily send money to Mexico by a safe and quick online transaction through Ria Money Transfer.